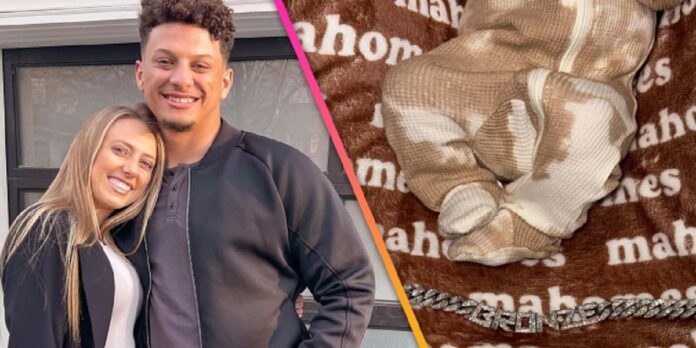 It is certainly a cherishing moment for every parent in the world, welcoming their children and holding them for the first time. The NFL quarterback was all over the moon, along with his one-year-old daughter Sterling Skye.

“It’s cool, obviously,” Mahomes said while speaking to the reporters. “It’s awesome to bring in a son to add to my family. Everything went great and everything went smooth — and Brittany (Mahomes) is a champ. So, it’s been really cool,” he added. He gave special mention to his son’s name and revealed the motive behind it. It has references to Patrick Mahomes and his father, Pat Mahomes Sr.

To make it more meaningful, and draw similarities with his sister Sterling, the word Bronze was added. As the quarterback previously mentioned, it will keep them together as brothers and sisters. The gunslinger recalled the first reaction of his father and revealed that he became more emotional with age. Off the field and on the field, this year has been phenomenal for the Chiefs quarterback.

NBA & NFL admin - December 29, 2022 13738
Patrick Mahomes and the Kansas City Chiefs capped off Christmas with the perfect cherry on the cake. The 24-10 win against the Seattle Seahawks...