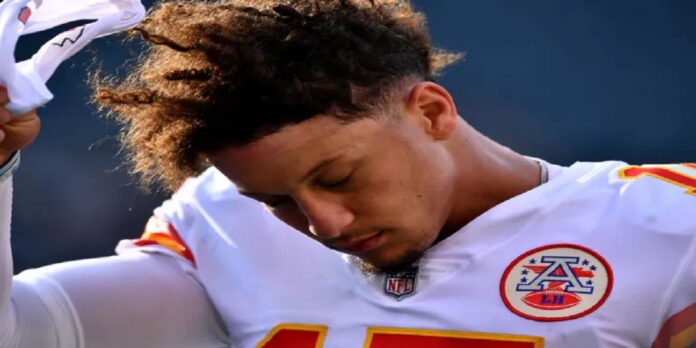 Kansas City Chiefs quarterback Patrick Mahomes downplayed concern that his bruised foot will affect his status for Sunday’s game against the Denver Broncos.

Mahomes said he felt fine on Wednesday and didn’t believe that the injury would be an issue for this weekend’s game. The 2018 NFL MVP was expected to participate in practice later in the day.

“It has felt good,” Mahomes said. “You always deal with bruises and little things throughout the NFL season. Luckily for me, it’s a bruise and something I can bounce back from. I can be back out there in practice and get better, which is what we’re trying to do.”

Mahomes, 27, sustained the injury while being sacked by Cincinnati Bengals edge rusher Joseph Ossai late in the fourth quarter. That was the final offensive play of the game for Kansas City, which saw Cincinnati run out the clock in the Bengals’ 27-24 victory on Sunday.

“We’ll see,” Chiefs coach Andy Reid said of Toney’s potential return to action this weekend. “I’m going to let him get out there and work a little bit. We’ll see how he does with that. We’re not going to bring him back and have him hurt it again.”

Toney, 23, has six catches for 69 yards and a touchdown in three games with the Chiefs after being acquired in a midseason trade with the New York Giants. –Field Level Media

NBA & NFL admin - December 29, 2022 13737
Patrick Mahomes and the Kansas City Chiefs capped off Christmas with the perfect cherry on the cake. The 24-10 win against the Seattle Seahawks...