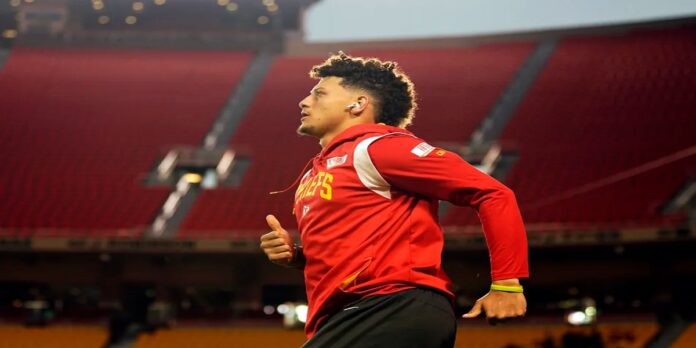 he Kansas City Chiefs with a gritty 20-17 comeback victory in overtime against the Tennessee Titans in Week 9. Patrick Mahomes showed he will do whatever it takes to win the game beyond his arm. The scrambling, brutal hits, and a clutch kick all played a role in the win.

Here are some of the best Twitter reactions from the Week 9 win on Sunday:

The Chiefs’ trade deadline acquisition of Kadarius Toney was surprising to many critics due to the young receiver’s limited time on the field due to injury. He was active before Sunday night’s game and had his number called immediately on the game’s first play. Twitter spectators didn’t hold back on their reactions to his debut in Kansas City.

The Chiefs are significantly deep at wide receiver, but each player has shown the ability to take advantage of opportunities. Justin Watson continues to make big plays whenever his number is called. The great difficulty of his first-quarter catch to keep a scoring drive alive was the topic of discussion on Twitter.

The Hardman fanbase is growing weekly as the speedy receiver consistently finds the end zone this season. After three touchdowns in Week 7 at San Francisco, Hardman picked up where The Chiefs are struggling to find consistency in the running game, so due to various circumstances, they relied on Mahomes to fix that problem. Mahomes, on the late fourth-quarter touchdown drive, rushed for 20 yards on 3rd-and-17, followed by the touchdown run and taking it in for the two-point conversion. Everyone on Twitter had plenty to say about the three incredible runs.he left off with a first-half score. Twitter observers praised Hardman’s productivity and efficiency over the past few weeks.

Skyy Moore has 6 catches throughout the entire season so far.

Kadarius Toney has 2 catches and has been with the Chiefs 10 days. pic.twitter.com/9TrjrDkbg3

That was a masterclass in how to catch a back shoulder by Justin Watson.#Chiefs

What a freaking catch by Justin Watson! 🔥🔥 #SundayNightFootball #Chiefs #Titans

Mecole Hardman it’s such a fun player to watch #chiefs

Mecole Hardman has 4 touchdowns in his last 9 touches.

Patrick Mahomes with the Frerotte Lite after his game-tying two point run pic.twitter.com/isgZlHmUoR

Patrick Mahomes is the fastest power walker in NFL history, per @NextGenStats