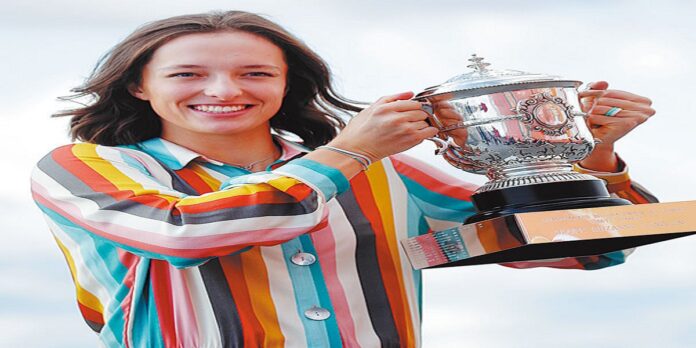 It might not be the top seeds battling against Iga Swiatek in the semifinals at the WTA Finals in Fort Worth, but the field is probably even more exciting than if that was the case. Caroline Garcia and Aryna Sabalenka are some of the most explosive players in the field, while Maria Sakkari is on a hot streak right now and dominated the group stage. Who do you think will advance to the championship match?
WTA Finals Semifinal Predictions
Maria Sakkari vs Caroline Garcia

Something’s changed in Maria Sakkari with the final run at Guadalajara. While the champion of that event didn’t carry the momentum over to Fort Worth, she’s definitely done that. The Greek won all her matches in straight sets in the first stage. She wasn’t quite as dominant as Iga Swiatek in Group Tracy Austin, but it was a display we’ve rarely seen from Sakkari this year.

Caroline Garcia is definitely a threat in indoor conditions with her game being largely focused on short serve/return attacking combinations. The Frenchwoman also beat Sakkari both times they played, including this year in Cincinnati. She wasn’t perfect in groups though, ultimately advancing due to a hard-fought win over Daria Kasatkina, where she once again failed to adjust her returning strategy, even when it wasn’t working out at all. Sakkari’s performances have been far more convincing.
Prediction: Sakkari in 3

Aryna Sabalenka won their first meeting at the WTA Finals last year, but as we all know, the 2022 version of Iga Swiatek is a completely different beast. She’s defeated the Belarusian on four occasions this season, dropping just one set. The World No. 1 was in brilliant form in the group stage, dropping just 13 games in three matches.

The same cannot be said about Sabalenka, who pulled off a comeback win against Jabeur mostly on willpower. It turned out pivotal, but she’ll need to up her game here. Her style is based on raw power and generally isn’t as effective at rushing Swiatek’s forehand as taking the ball early. The Pole’s insane defensive movement should help her prevail, even if she’s not feeling the ball that well. It’s a great plan B.
Prediction: Swiatek in 2

NEWS admin - November 8, 2022 13229
WTA Finals Preview: Aryna Sabalenka shocked Iga Swiatek. Can she close Fort Worth with a win over Caroline Garcia? Either Sabalenka or Garcia will earn...