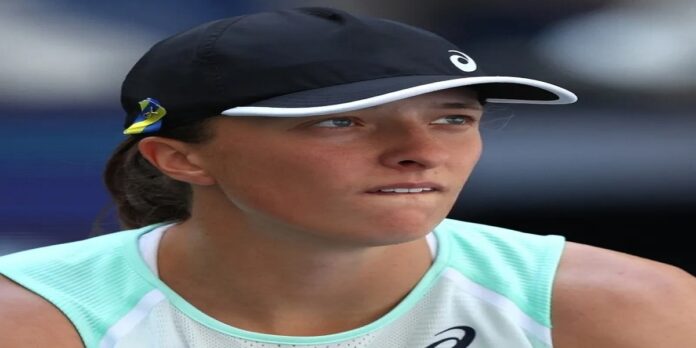 World No 6 Caroline Garcia said she entered the match versus Iga Swiatek knowing exactly what she needed to do but the Pole was so good that there was no room for her to impose her tactics. On Thursday, world No 1 Swiatek ousted Garcia 6-3 6-2 to improve to 2-0 in the WTA Finals group stage.

This summer, Garcia stunned Swiatek on the clay courts of Warsaw. In their Warsaw match, Garcia went full aggression and it paid off as she was able to get Swiatek out of her comfort zone and to eventually beat the Pole.

This time, Swiatek didn’t allow Garcia to do that again to her. “The thing is, you have to take some time away from her. Try to be aggressive, to push her out of her comfort zone. But most of the time, she does it better than you.

more: Patrick Mahomes Reveals Gender Preference for His Baby and Feelings About Becoming a ……

She really strong, really solid, doesn’t give you a lot of unforced errors. As soon as she gets a little bit more space or more of an angle, she makes you feel you’re slower, playing bad, whatever,” Garcia said, per the WTA website.

How Garcia lost to Swiatek?

Garcia actually got off to a good start, earning the first break in the third game to open a 2-1 lead. However, Garcia’s lead was short-lived as Swiatek broke back in the fourth game to tie the second set to two games apiece.

In the fifth game, Garcia had two consecutive break points but didn’t convert as Swiatek took a 3-2 lead. Then, Swiatek broke Garcia in the eighth game for a 5-3 lead before serving out for the first set in the following game.

NBA & NFL admin - November 8, 2022 14380
he Kansas City Chiefs with a gritty 20-17 comeback victory in overtime against the Tennessee Titans in Week 9. Patrick Mahomes showed he will...

NEWS admin - November 8, 2022 13215
WTA Finals Preview: Aryna Sabalenka shocked Iga Swiatek. Can she close Fort Worth with a win over Caroline Garcia? Either Sabalenka or Garcia will earn...