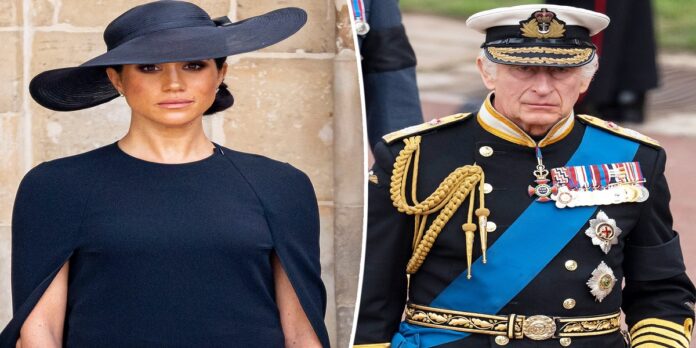 King Charles has reportedly started issuing a vast amount of threats against Prince Harry and Meghan Markle, after a long wait and consistent attacks.

Royal expert Tom Bower issued these insights in his most recent interview with The Sun.

He started by admitting, “He has made various threats to Meghan and Harry and warned that them if they go ahead they will find themselves ostracized in a way they cannot believe. And so they are worried.”

During the course of his chat Mr Bower pointed out the possibility of Prince Harry costing Archie and Lilibet their titles, while, all the while risking their own “if they misbehave.”

This comes amid the onslaught of backlash that’s followed Prince Harry’s upcoming memoir release with many warning it may also have dire implications on his and Meghan Markle’s titles.

According to similar inside sources, it caused Prince William to go radio silent.