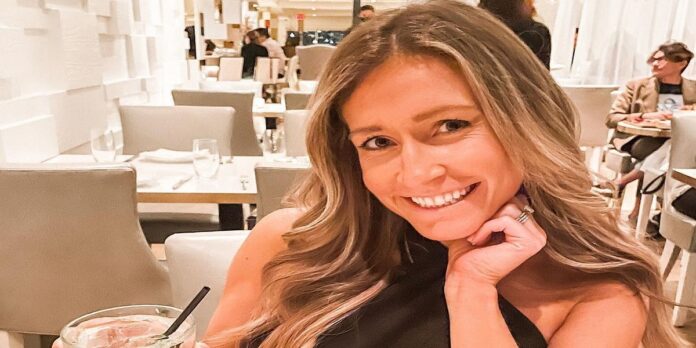 He is married to Lauryn Rush and their love story went viral after the recent game against the Philadelphia Eagles, which ended in defeat for the Cowboys.

How did Lauryn Rush and Cooper Rush meet?

His wife grew up in Illinois and, after graduating from high school, she went to the same university as Cooper, which was the Central Michigan University.

The pair did not actually meet at university despite being at the same one. They actually first met in 2017 in Chicago, the same year Rush was drafted as a free agent by the Cowboys.

They began dating soon after meeting and two years later, he proposed to her.

She went into accounting after university and has remained one of Cooper’s most loyal fans, while they got married in 2020.

“Cooper Robert Rush, you are the love of my life, and I can’t wait to spend the rest of my life with you, I can’t stop grinning,” She said when she announced her proposal on Instagram.

“You are everything I could have hoped and prayed for in a partner and a man. I am the luckiest girl on the planet #WhatARush.”

Do Lauryn Rush and Cooper Rush have children?

They were married less than a year later in Chicago. Not long after, it was announced by Lauryn that the couple would be having their first child together. In April 2021, Lauryn gave birth to a baby girl called Ayla.

“One week with our Bebe and we just wanted to stop by to say thank you for all the love, support and prayers we’ve received this past week,” she said after that happy occasion.

NEWS admin - November 8, 2022 13230
WTA Finals Preview: Aryna Sabalenka shocked Iga Swiatek. Can she close Fort Worth with a win over Caroline Garcia? Either Sabalenka or Garcia will earn...