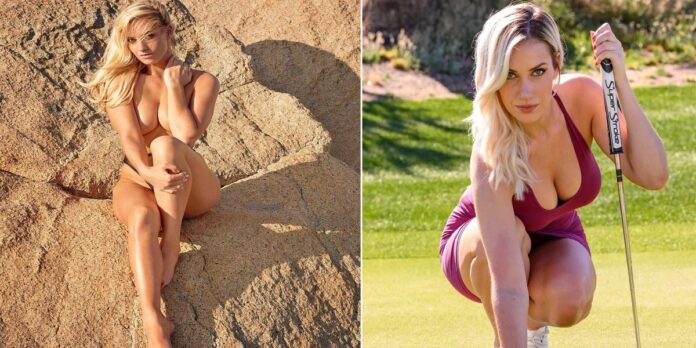 Paige Spiranac’s Instagram account has over 3.5 million followers. That’s a lot, even for a former professional athlete. The ex-golfer turned social media star has amassed quite a following thanks to her content creation and a few other factors.

However, at one point last year, she nearly lost it all. The Instagram account she has worked so hard to build and the following she makes content for was nearly taken away from her.

How Paige Spiranac almost lost it all

In April 2021, Paige Spiranac nearly lost the account after Instagram almost banned her. Those bans don’t always last forever, though. Nevertheless, they’re hugely detrimental for anyone who makes a living off the content they create.

Spiranac’s YouTube channel is where most of her content goes, but cross-platform promotion is a big help for a lot of creators. Taking away one platform can adversely impact all the others.

Why did Spiranac almost lose it all, though? Well, it started as an April Fool’s joke. Many fans were asking her for a while if she would consider making an OnlyFans account, where subscribers pay a monthly rate to see the exclusive and often private content a creator makes.

It’s largely for adult activities, which is why Spiranac has shied away from doing so. Her role in the industry would have changed completely if she were to have opened one, but she figured she could capitalise on all the people asking her to make such an account.

She posted a fake link to her new account, telling people to swipe up to subscribe to her private content creation account. The link actually took them to a purchase for her custom towel that she sells. She said on her podcast:

“I thought it’s April Fools, everyone’s always asking me for an OnlyFans. So I’m going to an April Fool’s and say, ‘Swipe up to subscribe to my OnlyFans’. And it was a swipe up straight to my towel.”

That wasn’t the only downside to her prank, though. Many were upset that she didn’t actually have an OnlyFans account, so they reported her account to Instagram:

“A lot of people thought it was really funny, I got a lot of angry messages because they didn’t understand it,” said Spiranac. “So I felt like that was who was reporting it. … I also heard that you can’t say OnlyFans on Instagram because they’re really strict on that. … I was livid. I was so mad. … It wasn’t letting me log on; it was so weird. The report said, ‘You can’t solicit sexual content, and you’re reported’.”

“I was freaking out. I don’t want my account to be suspended. Luckily, we asked Instagram to check if everything would be fine, and they said it would. … In the five years I’ve been doing this professionally, I’ve never been reported before. … I got really nervous. That’s our business, our main stream of revenue.”

NBA & NFL admin - November 8, 2022 14385
he Kansas City Chiefs with a gritty 20-17 comeback victory in overtime against the Tennessee Titans in Week 9. Patrick Mahomes showed he will...