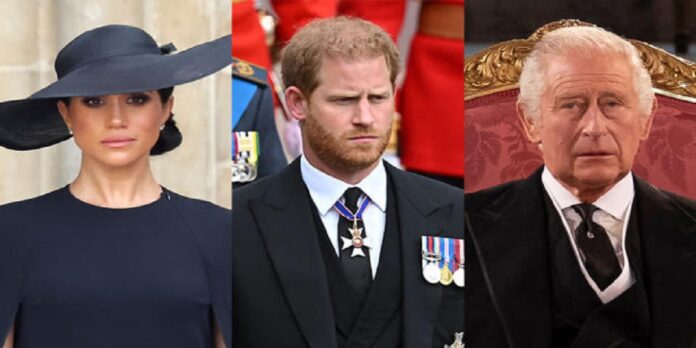 Ceremony to take place on May 6

The Buckingham Palace has confirmed that the coronation of King Charles III will take place on Saturday, May 6, 2023. Charles has been proclaimed King of England after the death of Queen Elizabeth last month.

According to reports, as many as 2,000 guests will attend the ceremony, but Archie Mountbatten-Windsor, son of Meghan Markle, Duchess of Sussex and Prince Harry, Duke of Sussex might not be there.

In fact, Archie will celebrate his fourth birthday on the same day, which means that there will be a scheduling conflict for Harry and Meghan.
One-hour long ceremony

As the Daily Mail reported, the service will take just one hour as compared to four, which is how long Elizabeth’s coronation lasted.

According to Hello! Magazine, the Church of England, the Royal Household, and the government were all consulted in order to determine the date of Charles’ coronation.

“The Coronation will reflect the monarch’s role today and look towards the future, while being rooted in longstanding traditions and pageantry,” Buckingham Palace said.

“The Coronation of His Majesty The King will take place on Saturday 6 May 2023 at Westminster Abbey.

“The Ceremony will see His Majesty King Charles III crowned alongside the Queen Consort.”

NBA & NFL admin - November 8, 2022 14381
he Kansas City Chiefs with a gritty 20-17 comeback victory in overtime against the Tennessee Titans in Week 9. Patrick Mahomes showed he will...

NEWS admin - November 8, 2022 13221
WTA Finals Preview: Aryna Sabalenka shocked Iga Swiatek. Can she close Fort Worth with a win over Caroline Garcia? Either Sabalenka or Garcia will earn...