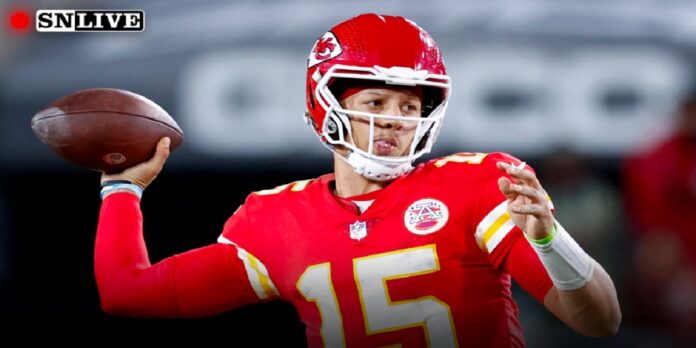 Patrick Mahomes: There’s got to be a little bit of common sense on roughing calls

Jones’ penalty, which came after he stripped the ball from Derek Carr and recovered it, was the second such egregious call in Week 5. The Bucs and Tom Brady benefited from a roughing the passer call on Atlanta’s Grady Jarrett that wasn’t.

“There are certain situations it shouldn’t be called and it gets called, but it’s like anything in the league, man,” Mahomes said Tuesday on his weekly radio show on The Drive. “Those guys are watching film and trying to do their best to call the game the best way possible and not affect it. There’s got to be a little bit of common sense along the lines of Chris Jones. He stripped the ball. I know some of his body weight lands on him, but he breaks the ground, and he was holding the ball in the other hand. So there’s only so much you can do as a defensive lineman to try to get off the quarterback whenever you have a clean shot on him.

Mahomes has been the recipient of 19 roughing the passer calls in his career, per nflpenalties.com. 7 responses to “Patrick Mahomes: There’s got to be a little bit of common sense on roughing calls”

He should’ve gotten one last night. Was slung down just like Brady.
19
32
Rate This

Are we still arguing these calls are mistakes rather than features of a money driven world?
The shady referee calls could easily be analyzed to show that almost every incorrect call helps keep a story line going that profits the NFL.
Do you think that exact same ref, Boger, would have made that call for Marriott to beat Brady?
25
3
Rate This

Says the guy who cries to the ref every time he gets tackled!
10
8
Rate This

Step one, get dopey wife and sassy brother out of the spotlight. Step two, fix roughing the passer calls against his team. Step three, flop in the playoffs, again.