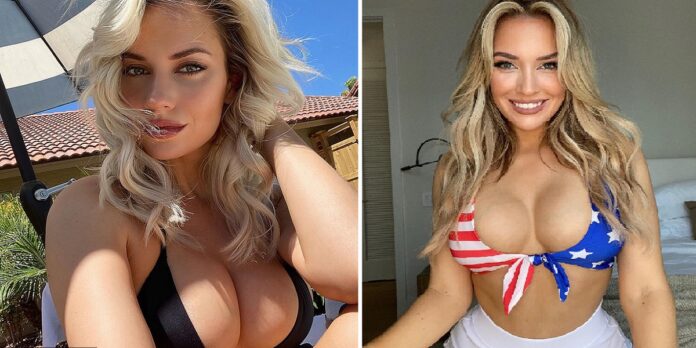 A video of former professional golfer Paige Spiranac has gone viral on social media ahead of the Memorial Tournament, which is set to take place in the United States this week.

Spiranac was at the receiving end of criticism for the way she started a video of a milkshake recipe, putting some whipped cream into her mouth before beginning the process.

“The PGA Tour is at the Memorial Tournament this week at Muirfield,” she said on the video.

“Everyone always talks about how incredible the milkshakes are there.

“So I found the recipe, and I thought hey, let’s make it together.”

A user took a snapshot of that moment to hit out at Spiranac, who has become a sports media personality with over half a million followers on Twitter and been dubbed “the world’s hottest golfer”.

“How can anybody take her seriously?” her follower tweeted.

owever, Spiranac didn’t hesitate to hit back at her critics by quoting the aforementioned message and sending a message to everyone.

“There’s so many horrible things happening in this world and life is hard so I like to create content that makes people smile,” she wrote.

“Is it stupid? Yes. Is it meant to be taken seriously? No.

“If I’m keeping you guys entertained and happy then I’m doing my job.”

NBA & NFL admin - November 8, 2022 14374
he Kansas City Chiefs with a gritty 20-17 comeback victory in overtime against the Tennessee Titans in Week 9. Patrick Mahomes showed he will...

NEWS admin - November 8, 2022 13198
WTA Finals Preview: Aryna Sabalenka shocked Iga Swiatek. Can she close Fort Worth with a win over Caroline Garcia? Either Sabalenka or Garcia will earn...