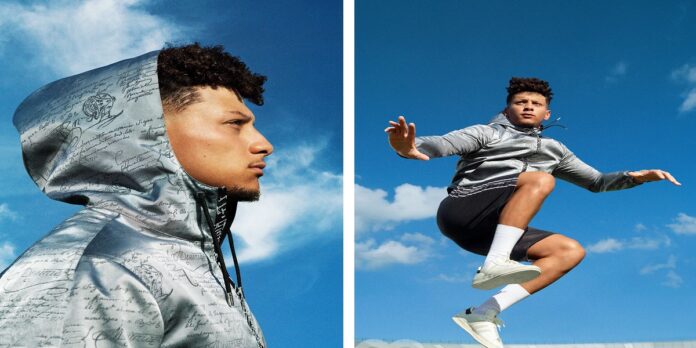 Patrick Mahomes started his trajectory to NFL stardom as a backup quarterback and a baseball player at Texas Tech University in Lubbock, Texas.

Did you know that Patrick Mahomes also played college baseball? He was even a top prospect in the 2014 MLB draft and selected by the Detroit Tigers in the 37th round. He didn’t end up going that route, as we now know, because he was committed to Texas Tech University, where he would play both college baseball and college football. I don’t know if his pitching helped train his football arm, but the path that led him to where he is today – a two-time Super Bowl, record-setting quarterback in the NFL – began in West Texas at Texas Tech University.
Mahomes’ humble Texas beginnings

Mahomes grew up in Tyler, Texas and played football, baseball, and basketball in high school. In fact, he nearly gave up football in favor of baseball, but (thankfully for all Texas Tech college football and Chiefs fans) his mother actually convinced him to stick with it. It was his junior year in high school when he had a huge game while a Texas Tech assistant was sitting in the audience watching, and from there, it was destiny. He was committed to attending Texas Tech University, splitting time between football and baseball.

In 2014, Mahomes started as the backup quarterback to Davis Webb until Webb suffered a season-ending injury and Mahomes replaced him as a true freshman. Under head coach and former Tech quarterback Kliff Kingsbury, Mahomes would keep the starting job the following year and Webb would be the backup.

Mahomes decides to focus on football

Mahomes’ football success grew, but his baseball career was suffering. He finished the 2015 football season with 4,653 yards, 36 touchdowns, and 15 interceptions. He finished that same baseball season having only appeared in three games with no hits in two at bats, and allowed three runs as pitcher. It was clear where his focus was, and by his junior year, he had given up baseball for good to focus on football.

That same year, in 2016, Mahomes would set several records in the NCAA, the Big 12 conference, and Texas Tech in a single game against Oklahoma University: single-game yards total offense: 819 and single-game yards passing: 734.

In 2017, Mahomes was eligible to enter the NFL draft, and decided to do so instead of finishing his senior year as a Red Raider at Texas Tech. Despite foregoing his senior season, he still managed to finish his college career ranked third in passing yards (11,252), touchdown passes (93), attempts (1,349), and completions (857), second Red Raider quarterback of all time with 22 rushing touchdowns and second in touchdowns responsible (115).

It’s no wonder that he was selected in the first round and 10th overall in the 2017 NFL Draft by the Kansas City Chiefs. Since his college days, Mahomes’ achievements are well-known. From setting a record and becoming MVP in his first season as starting quarterback, to two Super Bowl runs including one Super Bowl championship and being named Super Bowl MVP (the youngest quarterback to ever earn the award), Mahomes’ time in Texas and especially at Texas Tech molded him into the successful player he is today.

Mahomes and the Chiefs take on the Las Vegas Raiders on Monday Night Football in Week 5 of the 2022 season. Time and how to watch the game

On This Date in 2016: Baker Mayfield and Patrick Mahomes put on a show when Oklahoma and Texas Tech scored a combined 125 points in a single game. pic.twitter.com/OrUvG7GQUu

NBA & NFL admin - November 8, 2022 14380
he Kansas City Chiefs with a gritty 20-17 comeback victory in overtime against the Tennessee Titans in Week 9. Patrick Mahomes showed he will...

NEWS admin - November 8, 2022 13215
WTA Finals Preview: Aryna Sabalenka shocked Iga Swiatek. Can she close Fort Worth with a win over Caroline Garcia? Either Sabalenka or Garcia will earn...

NEWS admin - November 7, 2022 6255
Last time we checked Meghan was saying a buncha nice things about the Queen, but okay Charles. Meghan Markle and Prince Harry kinda have a...