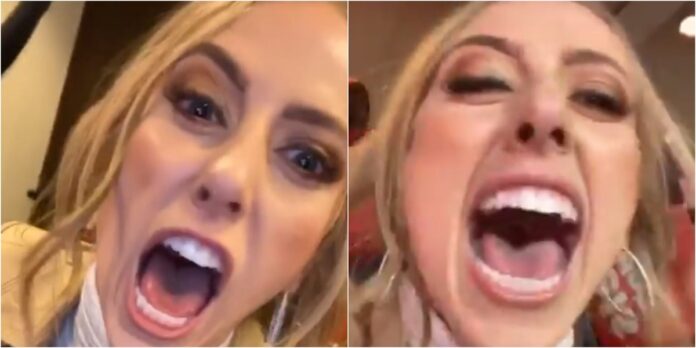 Following the Chiefs’ 17–16 loss to the Colts this past weekend, the Kansas City Star published a controversial letter to the editor in which a reader said that quarterback Patrick Mahomes was “not a team player.”

The letter, written by John Geimer from Glen Carbon, Ill., caused quite a stir on social media when it was published on Friday. In the brief letter, Geimer said that he didn’t think that Mahomes cared “if his team wins or loses.”

“All he cares about is how he looks,” Geimer wrote. “It’s beginning to look very obvious. He’s a good quarterback but really doesn’t care about his team as a whole.”

While there may have been some that agreed with that opinion, one individual in particular firmly disagreed: Brittany Mahomes, Patrick’s wife.

Brittany took to Twitter not only to express her dismay with the letter, but also seemingly to the newspaper’s decision to publish it.

“Y’all are extremely ignorant for this,” she wrote. “Kansas City doesn’t do this to [its] people, what a joke you guys are.”

Mahomes will have a chance to prove his doubters wrong this upcoming weekend when the 2–1 Chiefs travel to Tampa Bay to take on Tom Brady and the Buccaneers.

Y’all are extremely ignorant for this. Kansas City doesn’t do this to it’s people, what a joke you guys are. 😂 https://t.co/otmZsegnJP