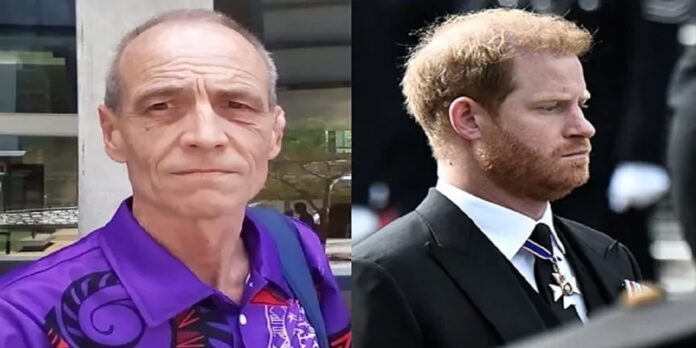 The British-born Australian said that knowing his true identity “is the struggle of his life” and he will not give up: now, he would secretly meet Prince Harry, the youngest of Charles’ children.

“I think Harry and I have a lot in common and the opportunity to speak face to face would be very enlightening. We are both the black sheep of the family and his father screwed him up just like me,” said Simon Charles Dorante-Day in a recent post on his Facebook account. The original post has since been deleted, but he addressed it on a following post.

The self-proclaimed “Prince Simon” expressed his desire to build a relationship with Harry and his wife Meghan Markle, Duchess of Sussex, and questioned “the mistreatment they suffer from members of royalty”.

“Charles’ treatment is disgusting. William and Kate can’t do anything wrong, but Harry and Meghan apparently do everything wrong. They can’t even choose to take a break,” the 56-year-old emphasized, continuing: “The first thing I would do if I met them is give them a big hug, I think they really need it.”

“I think my wife Elvianna and Meghan would also have a lot in common. People have been racist and insensitive to Meghan and she should react and freely say what she has to say,” said the alleged son of Charles and Camilla. “Harry has a black wife and so do I. They say there is not a racial problem, but there is. People are very ignorant,” he concluded.

NBA & NFL admin - November 8, 2022 14371
he Kansas City Chiefs with a gritty 20-17 comeback victory in overtime against the Tennessee Titans in Week 9. Patrick Mahomes showed he will...

NEWS admin - November 8, 2022 13193
WTA Finals Preview: Aryna Sabalenka shocked Iga Swiatek. Can she close Fort Worth with a win over Caroline Garcia? Either Sabalenka or Garcia will earn...

NEWS admin - November 7, 2022 6242
Last time we checked Meghan was saying a buncha nice things about the Queen, but okay Charles. Meghan Markle and Prince Harry kinda have a...