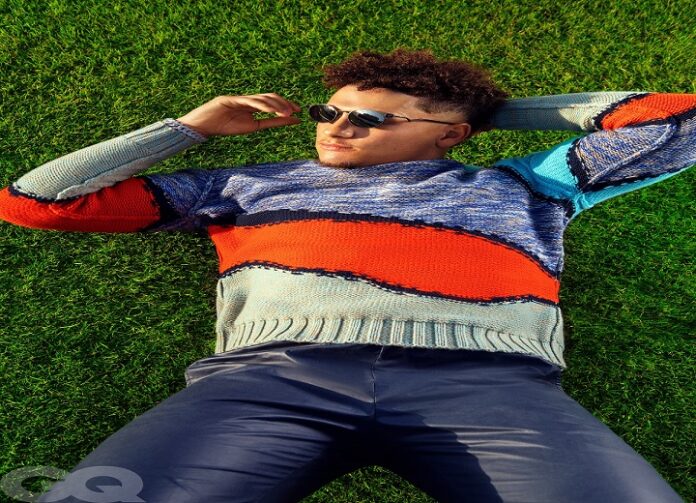 Mahomes, 27, has the potential to become the greatest quarterback of all time, even surpassing Tampa Bay Buccaneers QB Tom Brady.

Brady, 45, has refused to pass the torch, but last weekend was just a glimpse of how Mahomes’ dominance is just getting started.

Chiefs controlled the entire contest, forcing a fumble on the opening kick to set up Mahomes near the end zone on his first drive.

Chiefs are the perfect storm

Mahomes and company will continue evolving as he grows, but the Chiefs are a dynasty in the making.

Chiefs head coach Andy Reid is the brain behind the explosive offense that always has something up its sleeve in the red zone, but without Mahomes, he would not be able to execute.

Mahomes has improved his presence in the pocket over the years and is starting to perfect his release.

He is a magician, though, so he’ll never be Brady, a style that so many NFL fans have grown to love and are usually those who criticize Mahomes.

Against the Bucs, Mahomes dropped a highlight pass into the end zone after spinning a defender off him, the epitome of his playstyle.

Patrick Mahomes is the nicest guy ever, but still fierce

Despite early success in his five-year career, one Super Bowl ring in two attempts, Mahomes remains humble as ever.

Earlier this week, Mahomes invited actor Henry Winkler — best known for his role as the Fonz on Happy Days — to sit with his family at SoFi Stadium when the Chiefs visit the Los Angeles Chargers next month.

Over the summer, Winkler had professed his fandom of Mahomes on the Rich Eisen show.

Earlier this week, Eisen played the clip for Mahomes, who invited Winkler to his game against the Chargers in the nicest way ever.

Don’t mistake his kindness for weakness, Mahomes is fierce when he needs to be without letting emotions get the better of him.

Mahomes has also improved as a leader, as showcased when he yelled at tight end Travis Kelce when he missed a blocking assignment against the Tampa Bay defense.

Kelce, 33, had just made an incredible catch a couple plays prior to get the Chiefs near the end zone, but Mahomes only focuses on the next snap.

Mahomes quickly reprimanded Kelce before dabbing up his helmet in a friendly way as if to say, “Keep moving forward.”

The entire league should be on high-alert for the next couple of decades, because Mahomes has said he wants to play as long as Brady.

Who knows how many Super Bowls Mahomes and the Chiefs will win when it’s all said and done, but the soon-to-be father of two is already living a legendary life.

Over the summer, @hwinkler4real professed to us his love for @PatrickMahomes — today, we played the clip for the #ChiefsKingdom QB and the result was 👍🏻👍🏻:#NFL #BarryHBO pic.twitter.com/3AaYBy3AN6

NEWS admin - November 8, 2022 13244
WTA Finals Preview: Aryna Sabalenka shocked Iga Swiatek. Can she close Fort Worth with a win over Caroline Garcia? Either Sabalenka or Garcia will earn...