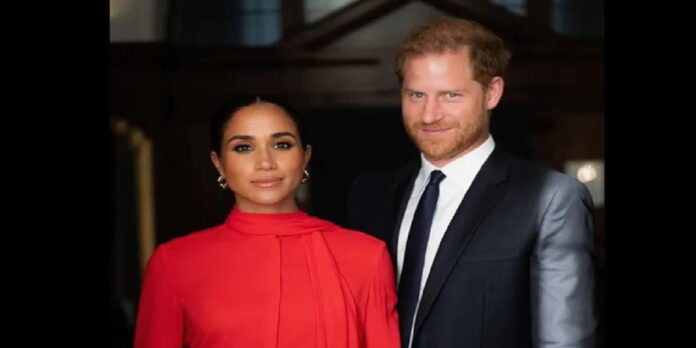 One of many books to be published in the aftermath of the Queen’s death.Following the passing of Queen Elizabeth II, several books are being published about the UK Royal Family.

Ahead of their release, excerpts are being shared in the press and there is one particularly interesting passage about Prince Harry.

This comes in the book titled ‘Courtiers: The Hidden Power Behind the Crown’, by Valentine Low, and it discussed the time when Prince Harry was known for his partying, often being snapped enjoying the nightlife by the paparazzi.

“The younger prince was a dashing figure, flying an Apache helicopter, and was heavily committed in the area of children’s health, with charities like Well Child, but he also used to be quite a wild lad,” the book recalls.

“When Harry was young, it was easy to forgive him, his transgressions.

“But at what point does a wild lad become a seedy old roue?

“At the time, it was nothing to worry about: just something to keep an eye on.”
How Meghan Markle saved Prince Harry

Eventually, Prince Harry settled down and the source of his maturity was a surprising one to the rest of the Royal Family.

“Eventually, of course, the problem would resolve itself, but not in a way that Lowther-Pinkerton or anyone else imagined,” the book continues.

NEWS admin - November 8, 2022 13191
WTA Finals Preview: Aryna Sabalenka shocked Iga Swiatek. Can she close Fort Worth with a win over Caroline Garcia? Either Sabalenka or Garcia will earn...

NEWS admin - November 7, 2022 6241
Last time we checked Meghan was saying a buncha nice things about the Queen, but okay Charles. Meghan Markle and Prince Harry kinda have a...