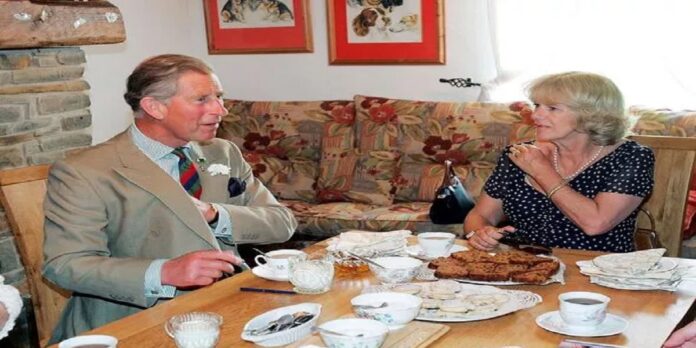 Charles and Camilla, who have been married for more than 17 years, are embarking on a new chapter of their relationship as King and Queen. But their daily routine as a couple will remain the same. King Charles III and Queen Camilla paid a special visit to Scotland on Monday. The pair attended an official council meeting at the City Chambers in Dunfermline, located in the eastern part of the country, before visiting Dunfermline Abbey (on its 950th anniversary) to mark Dunfermline — formerly a town — officially receiving its city status. They later hosted a reception at The Palace of Holyroodhouse in Edinburgh to celebrate British South Asian communities.

It marked their first official trip since the period of royal mourning for Her Majesty Queen Elizabeth II came to an end. Following the Queen’s death on Thursday, September 8, Charles and Consort inherited new roles and a breadth of new responsibilities.

While Charles was always destined to be King, Camilla’s royal fate was uncertain. That was until earlier this year when the late Queen Elizabeth expressed her “sincere wish” for her daughter-in-law to become Queen Consort upon Charles’ accession.

The former Prince of Wales was determined to have his wife by his side when the time came for him to take the throne and, despite a tumultuous love story and rocky descent to the top, Charles and Camilla have largely been welcomed as the new King and Queen.

Their relationship has endured both public and press scrutiny in the past but, having been together for over 20 years, the royals have managed to take it in their stride. And according to Camilla, it has taken one key ingredient to maintain their long-lasting romance.

While the couple first started dating in the Seventies, their relationship was shortlived as the pair broke things off when Charles went off to sea. Camilla went on to marry Andrew Parker Bowles and Charles later married Diana, Princess of Wales.

They maintained a close friendship throughout their respective marriages, one that would later turn into a secret affair.

It wasn’t until 35 years after their initial meeting that Charles and Camilla tied the knot themselves. In 2005, the couple got married at Windsor Guildhall and they have now been married for more than 17 years.

And as it turns out, the secret to their enduring relationship is, in part, drinking tea.

Earlier this year, Camilla sat down for a rare interview with British Vogue to celebrate her 75th birthday. She revealed that the key to a happy marriage is finding time to touch base.

As busy working royals, she admitted that balancing work and their marriage was not always easy for neither her nor Charles.

But the pair make sure to find a moment during the day to “sit down together, have a cup of tea and discuss the day”.

Camilla said: “It’s not easy sometimes, but we do always try to have a point in the day when we meet. Sometimes it’s like ships passing in the night, but we always sit down together and have a cup of tea and discuss the day. We have a moment.”

She went on to share other ways the couple spend quality time together, saying: “It’s lovely to catch up when we have a bit of time. You know when we go away, the nicest thing is that we actually sit and read our books in different corners of the same room. It’s very relaxing because you know you don’t have to make conversation. You just sit and be together.”

While their public remarks regarding their relationship are rare, the pair have spoken highly of each other in the past during interviews and formal appearances.

In his first address to the nation as monarch, King Charles returned Camilla’s affections, saying: “I count on the loving help of my darling wife, Camilla. In recognition of her own loyal public service since our marriage 17 years ago, she becomes my Queen Consort.”

NBA & NFL admin - November 8, 2022 14391
he Kansas City Chiefs with a gritty 20-17 comeback victory in overtime against the Tennessee Titans in Week 9. Patrick Mahomes showed he will...

NEWS admin - November 8, 2022 13239
WTA Finals Preview: Aryna Sabalenka shocked Iga Swiatek. Can she close Fort Worth with a win over Caroline Garcia? Either Sabalenka or Garcia will earn...

NEWS admin - November 7, 2022 6285
Last time we checked Meghan was saying a buncha nice things about the Queen, but okay Charles. Meghan Markle and Prince Harry kinda have a...