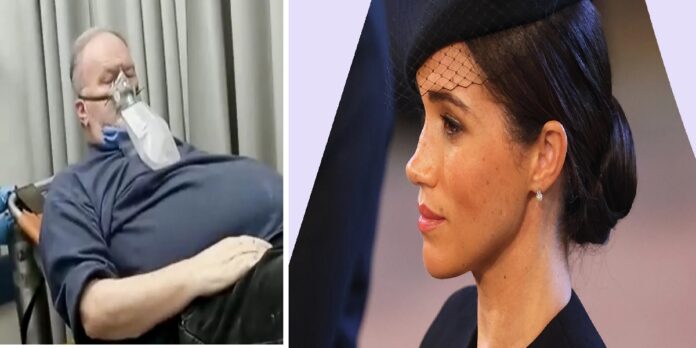 The Duchess of Sussex’s father suffered the stroke during a visit to Tijuana, Mexico, and TMZ released a video of him being treated by paramedics.

“My father is recovering in hospital,” she told the Daily Mail.

“We ask for privacy for the family, for his health and wellbeing.

“He just needs peace and rest. Godspeed. We are praying.

“He just needs some rest.”

Samantha Markle went on to launch a stinging attack on her sister for her behaviour towards her father in recent years.

“It’s a travesty how much he’s been tortured and how much he’s had to go through thanks to my sister’s disregard the past few years,” she said.

Thomas Markle suffered a heart attack before Meghan Markle’s wedding in 2018, which meant that he was unable to attend.

He is 77 years old and his relationship with Meghan Markle deteriorated further after he made public a letter that she had written to him in an attempt to prevent him from talking to the press.
Thomas Markle’s delicate situation

In the video released by TMZ, Thomas Markle is on a stretcher, being asked for his name by one of the paramedics.

However, he is unable to speak and instead he is only able to use his head to nod.

TMZ reported that he had to explain his symptoms by writing them down on a piece of paper.