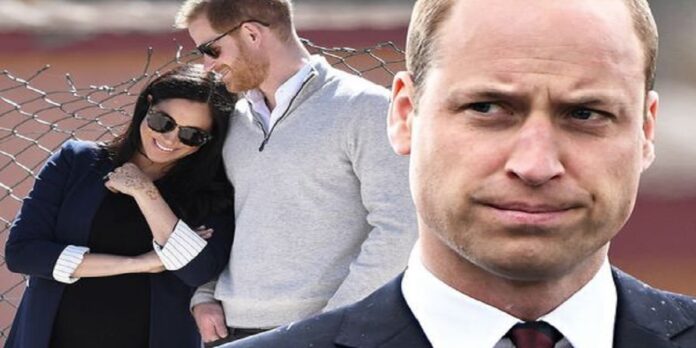 Royal expert Katie Nicholl just dropped a bunch of new very posh tea about all the somewhat exhausting drama between Prince Harry, Meghan Markle, Prince William, and Kate Middleton, so settle in if that’s your thing.

According to Katie, via Vanity Fair, William “always expected Harry would be his wingman” and there was a plan in place for the “brothers to work together and support one another.” And while William was upset about Harry stepping away from senior royal duties / leaving England (he even gathered with royal aides for something dramatic called the “Anmer Summit”), a source said that he and Kate were relieved that “the drama was gone.” That said, “To this day, William still cannot forgive his brother.” Hmmm…kay!

Anyway, according to Katie, William still has a “serious lack of trust” when it comes to his brother. But it’s possible the new Prince of Wales simply doesn’t understand Harry’s approach to life in the spotlight.

As a senior aide put it, “Actually, the more you see about how the Sussexes are approaching these things, it is much more Californian, much closer aligned to activism and celebrity than it is to royalty. The point about royalty is it’s the only institution that links together civic society, the philanthropic world, and [the] establishment. The Sussexes know they’re not able to compare to them. The key point is that they’re not even trying. What they are doing is making a difference in their politico-philanthropic world, and that’s great.”

Meanwhile, King Charles is still in his feelings about Harry, and a friend says “he is hurt and disappointed but he has always said his love for Harry is unconditional.” But apparently, he’s eager to get to know his grandchildren, so at least there’s that!

NEWS admin - November 8, 2022 13228
WTA Finals Preview: Aryna Sabalenka shocked Iga Swiatek. Can she close Fort Worth with a win over Caroline Garcia? Either Sabalenka or Garcia will earn...