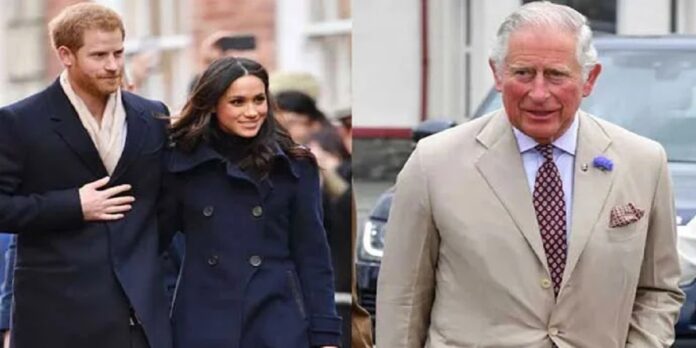 Prince Harry and Meghan Markle are understood to fear King Charles may strip Archie and Lilibet of their titles.

Prince Harry and Meghan Markle’s rift with King Charles is reportedly growing wider, it has been claimed.

The rift between Charles, Harry and Meghan is growing as the new monarch delays making a call on the titles of Archie and Lilibet.

Royal expert Roya Nikkhah has claimed that delay in announcing titles for Archie and Lilibet is “heightening tensions” between King Charles, and Meghan and Harry.

Nikkhah said, “Harry and Meghan are understood to fear the King may strip Archie and Lilibet of their titles, after his reluctance immediately to recognise their elevated status after the Queen’s death.”

Archie, three and Lilibet, 15-month-old, are now grandchildren of the monarch, and they had been expected to receive prince and princess titles.

NEWS admin - November 8, 2022 13191
WTA Finals Preview: Aryna Sabalenka shocked Iga Swiatek. Can she close Fort Worth with a win over Caroline Garcia? Either Sabalenka or Garcia will earn...

NEWS admin - November 7, 2022 6241
Last time we checked Meghan was saying a buncha nice things about the Queen, but okay Charles. Meghan Markle and Prince Harry kinda have a...