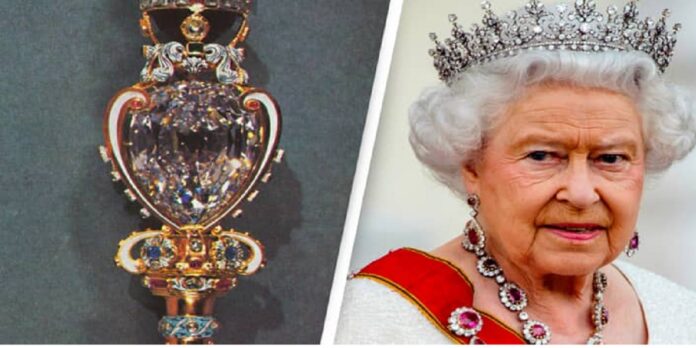 The Great Star of Africa or Cullinan l is the largest known clear-cut diamond in the world which was mined in South Africa in 1905 and was given to the British Royal Family as a gift.

It was given to the royal family when South Africa was under British rule, Metro News reports.

Recall that some Africans expressed contempt when the Queen died over her alleged role in the colonisation of the African continent.

This has led to the growing calls in South Africa for the diamond to be returned as they believe it belongs to them.

In South Africa, there has been a debate in the media about who owns the Great Star of Africa as well as other precious stones that were mined in the country.

One of the views held in the country was that of the African Transformation Movement (ATM) Member of Parliament (MP) Vuyo Zungula who holds that South Africa should cut its Commonwealth ties and have a new constitution.

“SA should now leave the Commonwealth, demand reparations for all the harm done by Britain, draft a new constitution based on the will of the people of SA not the British Magna Carta, and demand the return of all the gold, diamonds stolen by Britain” he said, via timeslive.co.za.

Similarly former African National Congress (ANC) KwaZulu-Natal provincial secretary Thanduxolo Sabelo said: “The minerals of our country and other countries continue to benefit Britain at the expense of our people.

“We remain in deep, shameful poverty, we remain with mass unemployment and rising levels of crime due to the oppression and devastation caused by her and her forefathers. The Cullinan Diamond must be returned to SA with immediate effect.”

The report reveals that more than 6,000 people have signed a petition calling for the Great Star of Africa to be returned and put in a South African museum.

However, like the majority of African leaders, South Africa’s President Cyril Ramaphosa offered his condolences following the death of the Queen but many have said instead he should have called for the diamond to be returned.

NBA & NFL admin - December 29, 2022 13736
Patrick Mahomes and the Kansas City Chiefs capped off Christmas with the perfect cherry on the cake. The 24-10 win against the Seattle Seahawks...