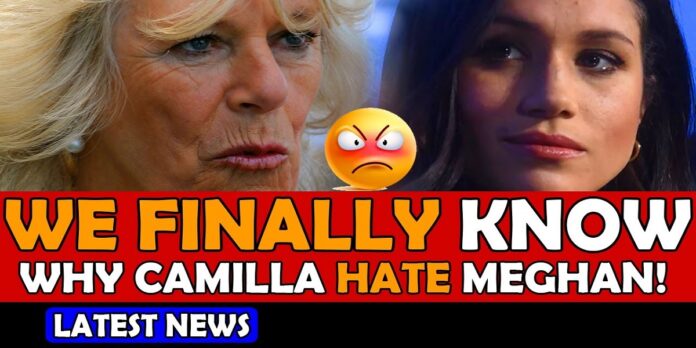 Since Prince Harry and his wife decided to split from the Royal Family and go their own way, much has been made of the relationship between the Duke of Sussex and his father Prince Charles.

In an interview several months after moving to LA, Harry claimed that his family had “literally cut me off” financially and that he had been “let down” by Charles.

While the heir to the throne would not be drawn on the latter comment, Clarence House accounts covering the year from April 2020 reveal Charles supported both his sons and their wives to the tune of £4.5m.

As one would expect, the split has reportedly been difficult for the Prince of Wales, who has been supported throughout the family drama by his wife Camilla.

One source told the Telegraph earlier this year that the Duchess of Cornwall, who met her now husband 50 years ago, had been Charles’ “rock” over the past difficult few months.

“It was really hard for him,” they said.

Now a royal insider has come forward to claim that the rift caused by Megxit has done irreversible damage when it comes to the bond not just to Harry and Charles, but between Camilla and Meghan as well.

“I don’t think the Duchess will ever forgive Meghan for what she’s done to the Prince of Wales,” they told the Telegraph.

The relationship between Meghan and Camilla, who both find themselves in fairly similar positions relative to the centre of the monarchy, has been one of particular interest to royal observers.

The Duchess of Cornwall was one of the few senior royals who was not specifically mentioned in Meghan’s “tell-all” interview with Oprah Winfrey, while William, Kate and Charles were all in the firing line.

Back in 2018 — just months after the Sussexes tied the knot — a close family friend told Vanity Fair that the two women got along “aces”.

They continued: “They clearly really like each other. There is real warmth and support. Camilla has been very helpful to Meghan.”

Charles and Camilla’s presence on the Sussexes’ wedding day was said to be “very much felt and appreciated” as well.

An attendee claimed: “He (Charles) seemed like the settling hand on the whole day — he carried the thing together, while she (Camilla) seemed like she had been doing this forever.”

If the pair were to get along, it would not be hard to understand why.

Like Meghan, Camilla has faced her own share of negative backlash, especially it emerged that she had been having an affair with Charles from 1986.