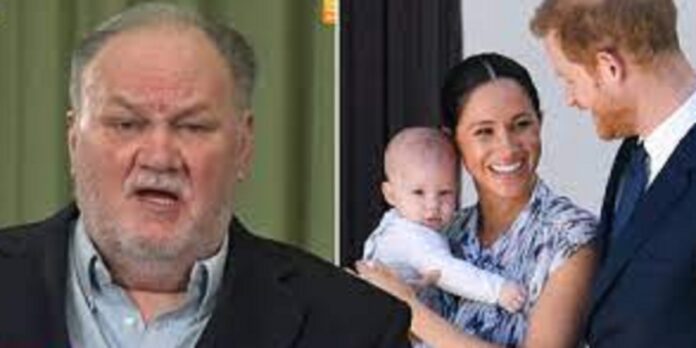 Meghan Markle’s father, Thomas Markle spoke about the birth of his granddaughter Lilibet Diana in a recent interview. During an interview with 60 Minutes Australia, Markle spoke about not hearing the news of his granddaughter from Meghan and stated that he would have been much happier had he received a personal notice for the happy news from his daughter.

The former lighting director in his recent interview revealed that neither Meghan nor Prince Harry reached out to him to inform him about the birth of Lillibet Diana. Revealing how he found out about his granddaughter’s arrival, Thomas said, “No phone calls, I just heard it on the radio. I haven’t spoken to [Meghan] since two days before they got married.”

Meghan Markle and her father have had a strained relationship ever since he was caught staging paparazzi photos shortly before she was set to walk down the aisle in England in May 2018. Markle was also not present at the royal wedding.

While speaking to 60 Minutes Australia, Thomas also spoke about apologizing to his daughter and said, “I’ve said I’m sorry about the initial problem … [but] I’ll never give up hope [for reconciliation].”

Markle also hinted at Prince Harry and Prince Charles’ deteriorating relationship and added, “I just want an answer. … Meghan [ghosted] me and now Harry’s done it to his father, [Prince Charles]. That’s a cold thing to do. … None of this makes sense.”

While Meghan and her father have had a rocky relationship, her mother Doria Ragland has remained close to her and Prince Harry and has also been helping the duo after the birth of Lilibet.