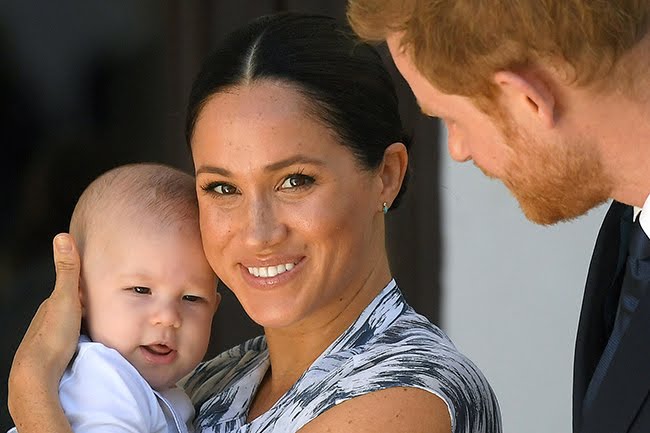 The Duke and Duchess of Sussex have a boy and a girlPrince Harry and Meghan Markle are currently raising their two children, Archie, age two, and Lilibet, nine months, at their Montecito home in California

Many royal fans will be wondering if the Duke and Duchess will follow in the footsteps of Harry’s older brother Prince William and try for a third baby – after all, now that the couple has stepped away from royal duties in the UK, they have more time on their hands to spend with their children. However, doting dad Harry has previously expressed his desire to help the environment by limiting the number of children he has. Back in July 2019, the son of Prince Charles interviewed Dr Jane Goodall for Vogue Magazine and said: “I think, weirdly, because of the people that I’ve met and the places that I’ve been fortunate enough to go to, I’ve always had a connection and a love for nature. I view it differently now, without question.

But I’ve always wanted to try and ensure that, even before having a child and hoping to have children…” Jane then replied, laughing: “Not too many!” about the size of his brood.

The Prince assured her: “Two, maximum! But I’ve always thought: this place is borrowed. And, surely, being as intelligent as we all are, or as evolved as we all are supposed to be, we should be able to leave something better behind for the next generation.”

So, if Harry is still of the same view, and if Meghan is on the same page as her husband, we won’t be seeing any more Sussex babies in the future.

Speaking on The Good, the Bad and the Rugby podcast after Lucas’ birth, Mike told listeners how he felt after his new son arrived. He revealed: “I literally was like ‘Yep, snip, snip, snip’ I’ve got a boy. I’m out. I’m out of here.”

Harry and Meghan shared news of Lilibet’s arrival on their website, writing: “On June 4th, we were blessed with the arrival of our daughter, Lili. She is more than we could have ever imagined, and we remain grateful for the love and prayers we’ve felt from across the globe. Thank you for your continued kindness and support during this very special time for our family.”

2 beautiful PRIVATE BIRTH MARK, that connects Prince Harry and Meghan Markle’s Daughter Lilibet With Princess Charlotte, You may not Didn’t...