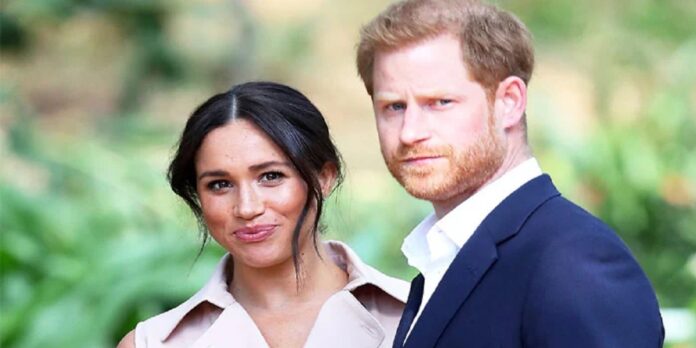 Duke of Sussex Prince Harry and his wife Meghan Markle will be nominated for a Nobel Peace Prize next, the royal couple’s cheerleaders suggesting it serio Prince Harry. They are seriously suggesting the Nobel Prize for Meghan and Harry as they are set to receive the President’s Award in recognition of special achievement and distinguished public service at the NAACP Image Awards on Saturday.

The Daily Mail editor Richard Eden retweeted NAACP Image Awards and said “#PrinceHarry and #Meghan’s cheerleaders are tweeting me – seriously – suggesting that, next, the couple will be nominated for a Nobel Peace Prize. #royal.” Earlier, NAACP shared an adorable photo of the royal couple, saying

“The 53rd NAACP Image Awards will honor humanitarians, global leaders, and co-founders of Archewell, Prince Harry and Meghan, The Duke and Duchess of Sussex, with the prestigious President’s Award. The President’s Award is presented in recognition of distinguished public service.”