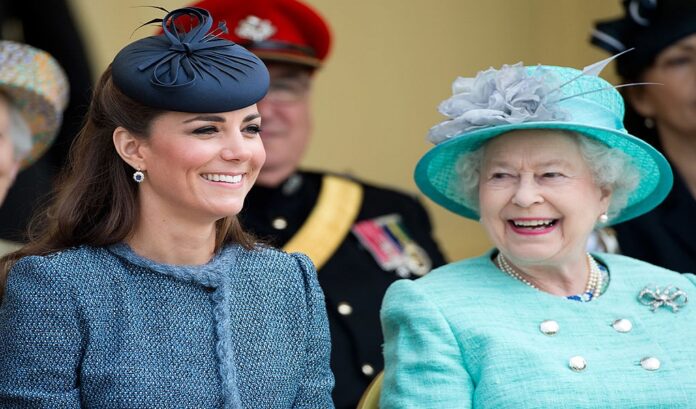 Queen Elizabeth II, who continues to battle Covid, made a “stinging” remark about Kate Middleton’s luxury lifestyle in the years of her whirlwind romance with Prince William, according to a royal biographer.

The Duchess of Cambridge, who is the daughter of self-made millionaires Michael and Carole Middleton, had enjoyed a luxurious lifestyle long before she became a part of the royal family. Her family regularly jetted off to sun-soaked vacation spots like the Caribbean.
According to a royal biographer, Prince William’s grandmother had concerns about Kate’s jet-set luxury lifestyle.

In her biography ‘William and Harry’, Katie Nicholl claimed that, by 2008, Kate’s “love of exotic holidays” had caught the Queen’s attention.

In her book, she wrote the monarch believed that “swanning from one five-star holiday resort to another” was “not the prerequisite for a young woman possibly destined to be Queen”.

The royal author also added that the Queen was unsure if Kate would be a viable wife for Prince William.

Kate and William, during the early years of their relationship, enjoyed a romantic skiing trips to the Swiss Alps, where the couple reportedly stayed in the £40,000 a week Chalet Eugenia in the gorgeous resort of Klosters.

Prince William and Kate Middleton, who are proud parents of three children and planing for another one, got married at Westminster Abbey in 2011 after eight years of dating.

She wrote: “If she was not with William at Balmoral then the couple were skiing or holidaying on Mustique. Kate was there so often the press dubbed her ‘Queen of Mustique’, a title that had previously belonged to Princess Margaret.