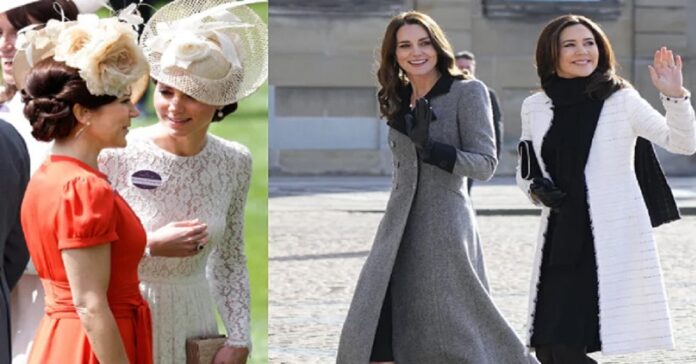 The two future queens of their countries are famously good friends after first meeting during Kate and Prince William’s royal visit to Denmark in 2011 after their wedding. They also met in 2016 when Mary and her husband, Prince Frederik, visited the UK.

Kate and Princess Mary’s meeting has been hotly anticipated since the Duchess of Cambridge landed in Copenhagen on Tuesday, February 22 for a rare, two-day solo tour of the country.

The two not only share an uncanny resemblance, but also similar style and backgrounds; both Kate and Mary are commoners-turned-future queens.

Kate Middleton had a special meeting scheduled for the final day of her solo tour to Denmark; a private lunch with her royal doppelganger, the Crown Princess of Denmark, Mary.

The Duchess of Cambridge and Princess Mary will share lunch at Frederik VIII’s Palace, where the Danish royal family lives, reported People.

She is then scheduled for a tour of the work of the Mary Foundation with Mary before heading home to the UK.