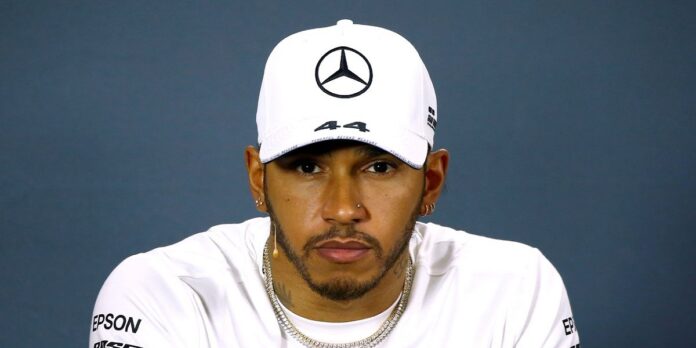 Lewis Hamilton has returned to the public eye for the first time in two months following the controversial end to last year’s world championship. Hamilton has not spoken since losing out on a record eighth world title to Red Bull’s Max Verstappen in last December’s Abu Dhabi Grand Prix.

The Mercedes driver posted on Twitter saying: “I’ve been gone. Now I’m back.” There is doubt over Hamilton’s return to Formula 1 this season having lost faith in the sport’s governing body. Hamilton’s message, accompanied by a picture of the 37-year-old at the Grand Canyon wearing typically flamboyant trousers, was preceded on Saturday by a similarly cryptic message from his Mercedes team. Hamilton’s re-appearance after nearly two months of silence comes at the start of what could be a pivotal week for the Briton. All the drivers are expected to meet this week with representatives of governing body the FIA to discuss the Abu Dhabi race, their feelings about what happened and the various problems that arose last season. A number of them expressed discomfort after the race about the way it had been handled.

Race director Michael Masi’s errors in Abu Dhabi were merely the biggest and latest of a series of controversies through 2021 to do with the consistency of application of the rules. Some of the most high-profile involved Verstappen’s driving in his many on-track tussles with Hamilton. A number of drivers did not understand why Verstappen was not given a penalty for forcing Hamilton off the track during a battle in the Brazilian Grand Prix in November.

And when they sought clarity from Masi as to what was and was not allowed in wheel-to-wheel racing in a meeting at the following race in Qatar, they said they did not get it. It emerged last month that Hamilton would not return to F1 this season until he saw the outcome of an inquiry the FIA has launched into the events of Abu Dhabi.

And last week the FIA said for the first time that Masi may not keep his role as race director. Peter Bayer, the FIA’s new head of F1, said in an interview: “Michael did a super job in many ways. We told him that. But also that there is a possibility there could be a new race director.” Many F1 insiders do not see how Masi can credibly keep his position as race director following last season.

And although neither Hamilton nor Mercedes have spoken on the topic, it is considered likely that serious and substantive steps to address the failings exposed in the race control operation in Abu Dhabi will be needed to reassure him that F1 remains an environment that the FIA can police in a fair and equitable way. Bayer said that the FIA is working on a new structure for race control that was likely to involve splitting the responsibilities Masi formerly held between a number of different people.

Masi is likely to retain a role with the FIA in F1, but many expect this will not be as race director, but rather in one of the other positions, such as safety and track delegate or sports director. After his meeting with the drivers, Bayer will make a final proposal and recommendations to FIA president Mohammed Ben Sulayem, and the pair will submit it for approval at a meeting of the F1 Commission on 14 February.

This is a body that comprises the FIA, F1 and the teams. If they approve the plans, they will be rubber-stamped by the FIA World Council on the eve of the new season on 18 March.

Why has Hamilton been so upset? Hamilton was on course to win the championship in Abu Dhabi last year until a late safety car period. Race director Masi failed to follow the rules correctly in two different ways in the closing laps, trying to ensure that the race did not end under caution.

The result was Hamilton was left a sitting duck on old tyres with Verstappen right behind him on fresh ones when the race was resumed for one final race lap. The Dutchman passed Hamilton to win his maiden world championship. Masi’s operational failures caused a huge outcry because the consequences of his improvisation with the rules changed the destiny of the world title. Verstappen could still have won in certain circumstances had Masi applied the rule correctly, but he did not.