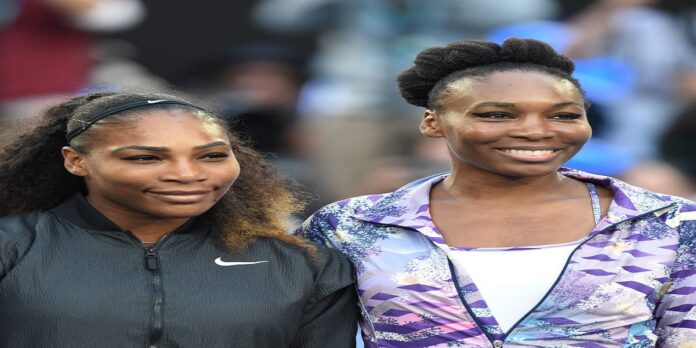 According to SB Nation, Venus and Serena Williams hold more than 100 singles titles between them, including 23 Grand Slam singles titles for Serena, and 7 for Venus. That makes them two of the greatest tennis players of all time, if not the very best, but the road to the top hasn’t always been paved with winning moments. From a fatal car accident, to on-court outbursts, to allegations of cheating, there’s more to these superstar sisters than meets the eye.

And that’s not even saying anything about their father, Richard Williams, whose own shady backstory is darkly linked to his daughters’ success. Intrigued? You should be, because even though Venus and Serena are still two of the top competitors in their sport, as of this writing, there have been plenty of times that their behavior knocked them down in the ranks of public opinion. This is the shady side of the Williams sisters. In June 2017, Venus Williams was involved in a tragic car accident in Palm Beach Gardens, Fla., that led to the death of 78-year-old Jerome Barson. According to TMZ, Williams was accused by Barson’s wife, who was driving at the time of the accident, of speeding into an intersection after blowing a red light, causing Barson’s Hyundai Accent sedan to “T-bone” Williams’ 2010 Toyota Sequoia SUV. Barson’s estate sued Williams for wrongful death.

According to the Palm Beach Post, Williams’ legal team alleged that the light was green when Williams entered the intersection, but when another driver made a left turn in front of Williams, the tennis star was forced to stop and wait. By the time Williams was able to continue traveling through the intersection, the green light had changed to red. Williams’ team also claimed Barson died because he was not wearing his seat belt. Police originally said Williams was at fault, but rescinded that statement after reviewing video footage of the accident, reported NPR. Authorities later determined that no one was to blame for the fatal crash. At the time of this writing, the civil suit was ongoing as the Barson’s legal team battled to obtain Williams’ cell phone records to determine if she was using her phone at the time of the accident. Their family was accused of match-fixing :Rumors reached a fever pitch at the Indian Wells tournament in March 2001, when an alleged injury forced Venus to pull out of a semi-final match against Serena just minutes before it began. The dramatic response from the crowd and the press, which Richard later claimed was fueled by racism, prompted the sisters to publicly deny that anything shady was going on behind the scenes. “We always go out to compete and that’s how it’s been,” Serena said at the time, according to The Telegraph. “I think if my dad would decide, then maybe Venus wouldn’t be up 4-1 [in their matches], maybe it would be 3-3 by now. So I don’t think so.” Despite repeated denials over the years, innuendos about match-fixing have continued to shadow them, including an allegation from former ESPN correspondent Jason Whitlock in 2015. While Serena and Venus were never explicitly named, BBC and BuzzFeed reported in 2016 that “over the last decade, 16 players who have ranked in the top 50 have been repeatedly flagged to the Tennis Integrity Unit (TIU) over suspicions they have thrown matches.”

Their father is controversial: Beyond the allegations of match-fixing, Richard has long been a contentious figure in the sport of tennis. According to The New York Times, his decision to train Serena and Venus to become tennis stars was driven primarily by money — he saw a female tennis player earn more than $40,000 for four days’ work in the 1980s. He began coaching his kids on courts in the rough neighborhood of Compton, where his arguably harsh methods included hanging signs around the court that read things like, “Venus, when you fail, you fail alone.” He told CNN that his training methods were so severe that gang members tried to intervene.

As his daughters rose through the ranks of women’s tennis, Richard’s larger-than-life personality continued to court controversy. In 1999, as the sisters competed in their first major final match against one another, he held up a whiteboard that read, “Welcome to the Williams Show,” reported The New York Times. Around that time, he also boasted that he was considering buying Rockefeller Center. Though his court-side antics appear to have settled down in recent years, Richard’s personal life continues to make the news. He divorced Serena and Venus’ mother, Oracene Price, in 2002. In June 2017, his estranged wife of seven years, Lakeisha Juanita Williams, allegedly removed “an arsenal of firearms including an AK-47” from their house amid fears that Richard might harm their 5-year-old son, reported TMZ.

Serena made controversial comments about rap : In June 2013, Serena Williams faced intense media scrutiny over comments she made to Rolling Stone about a case in which a 16-year-old girl was reportedly raped by two high school football players in Steubenville, Ohio. The players were found guilty.

“Do you think it was fair, what [the players] got?” Serena reportedly asked the magazine (via CNN). “They did something stupid, but I don’t know. I’m not blaming the girl, but if you’re a 16-year-old and you’re drunk like that, your parents should teach you: Don’t take drinks from other people.” She later added, “She’s 16, why was she that drunk where she doesn’t remember? It could have been much worse. She’s lucky. Obviously, I don’t know, maybe she wasn’t a virgin, but she shouldn’t have put herself in that position, unless they slipped her something, then that’s different.”

Serena later clarified those comments in a statement: “What happened in Steubenville was a real shock for me. I was deeply saddened. For someone to be raped, and at only sixteen, is such a horrible tragedy! For both families involved—that of the rape victim and of the accused…I am currently reaching out to the girl’s family to let her know that I am deeply sorry for what was written in the Rolling Stone article. What was written — what I supposedly said — is insensitive and hurtful, and I by no means would say or insinuate that she was at all to blame.”

Serena’s injuries have raised a few eyebrows :After winning Wimbledon in 2010, Serena Williams suffered an injury that prevented her from playing any hardcourt tournaments for the remainder of the summer. The so-called injury became the subject of much gossip because the story about how it occurred seemingly didn’t add up. (For one thing, she played an exhibition match after it allegedly happened.) In its recap of the drama, even The New York Times declared that the injury warranted an explanation.

Williams kept quiet about the details of her injury for months; her sister and agent remained cagey too. She finally set the record straight in an interview with USA Today, claiming she had cut tendons in her right foot after stepping on glass while leaving a celebratory dinner in Germany. “I came back to the United States from Germany and knew something was not right,” she said. “…I saw a specialist in New York and had an MRI, and he said I had a tendon that was torn. He said I didn’t necessarily have to fix it, but I’d have a droopy toe the rest of my life. I thought it over and decided it was better to have the surgical procedure, for my career and for my life.”

Her version of the story appeared to line up with initial reports, but that didn’t make her initial silence any less shady.

Serena has a record-breaking temper: Serena Williams’ temper has also triggered embarrassing headlines and record-breaking fines. In November 2009, she was fined a then-unheard of $82,500 and risked being suspended from the U.S. Open after she went nuts on a lineswoman over a foot-fault call that led to match point for rival Kim Clijsters at the tournament.

“I swear to God, I’ll f****** take this ball and shove it down your f****** throat,” Williams allegedly yelled, according to the New York Daily News. Serena, who’d received a warning for racket abuse earlier in the match, received a point penalty for her outbust, thus ending the match altogether. The jaw-dropping encounter, which elicited boos from the crowd, should have been enough for Williams to learn her lesson, but at the same tournament two years later, she had a tense confrontation with a chair umpire that resulted in a $2,000 fine. “If you ever see me walking down the hall, look the other way because you’re out of control,” Williams reportedly yelled. “You’re a hater and you’re unattractive inside…”

At the Wimbledon tournament in 2016, she was fined $10,000 for unsportsmanlike conduct after smashing her racket and throwing her equipment following a dropped set in the second round. She wound up winning the match, but…yeah.

At the 2018 U.S. Open, Williams was fined $17,000 after verbally attacking an umpire, calling him a “thief” for essentially robbing her of the chance to defeat opponent Naomi Osaka following a series of penalties. The tournament ended with Osaka — the victor — in tears and Williams demanding an apology from the judge, arguing that male tennis players aren’t penalized the way women are. The controversy made international headlines as the world debated the sport of tennis, gender equality, race, and sportsmanship.

They’ve been accused of having bad attitudes:As the saying goes, getting to the top requires making as many enemies as friends, and, indeed, the Williams sisters have been criticized by other players and tennis icons for allegedly having bad attitudes and being sore losers.

In September 2000, tennis legend John McEnroe wrote a piece for The Telegraph that describes the Williams sisters as “cocky” and rude. “What they have achieved is great but they have no respect for anyone in the game,” McEnroe wrote. “Enough is enough. They are all as cold as ice. Would it kill them to say hello to people in the locker room? Is it that hard?” (For the record: McEnroe’s relationship with Serena has only gotten worse.)

American tennis player Sloane Stephens also threw shade at Serena, claiming the tennis champ acts like a wolf in sheep’s clothing. “People should know. They think she’s so friendly and she’s so this and she’s so that. No, that’s not reality,” Stephens said, according to ESPN UK. “She’s not said one word to me, not spoken to me, not said ‘hi’, not looked my way, not been in the same room with me since I played her in Australia.” Stephens continued, “And that should tell everyone something, how she went from saying all these nice things about me to unfollowing me on Twitter … I mean, what for? Why?”

Did they hit a rough patch:Based on the way they handle themselves on and off the court, especially during tense Grand Slam finals, one could easily conclude that Serena and Venus Williams are very close. However, if those sneaky tabloids are to be believed, their relationship hasn’t always been so perfect.

In September 2014, Page Six reported that the tennis duo was in the midst of an “icy rift,” allegedly due to Serena’s busy social life and partying. “They’re not in a good place right now. Venus is angry with Serena,” the source said. Insiders also pointed to an event in which there was “no acknowledgment that either one was even there,” as well as their lack of appearances on their respective Instagram feeds.

Of course, pointing to social media as evidence makes for a weak case, and reps for the sisters were quick to call BS on the tabloid story. In fact, the day after Page Six published its piece, Serena posted a photo of her and Venus as babies with the caption, “Love my sis.”