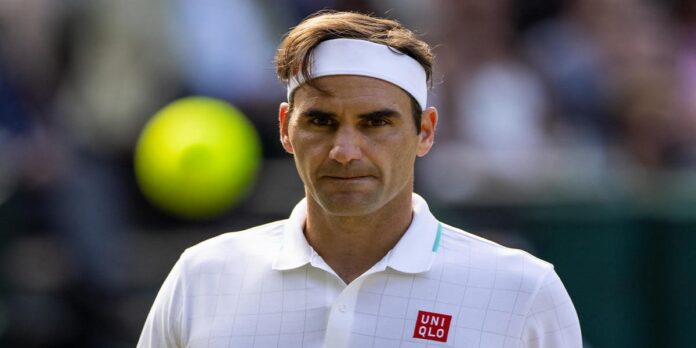 During a Credit Suisse conference this week, the 20-time major champion opened up about the future.

Roger Federer has spent the better half of the last two years on the sidelines due to an on-going knee injury that has required three surgeries thus far. After the first two procedures in 2020, Federer returned for a short five-tournament comeback before going under the knife again. The former world No. 1 hasn’t competed since his straight-set loss to Hubert Hurkacz in Wimbledon’s quarterfinal last year.

With Rafael Nadal recently taking the lead in the most Grand Slam titles on the men’s side with 21, Federer revealed where he’s at in the recovery process during a Credit Suisse conference, one of the Swiss’ many sponsors.

“I have very interesting and important few months ahead of me,” Federer told Credit Suisse. “I feel like I will know a whole lot more this coming April where my body is going to be like. Up until now I wasn’t really allowed to run yet, do the heavy workload with jumps and stop-and-go’s. So, I hope that’s all going to start, hopefully in a couple of weeks, and then we will see how the body will react to that.”

Roger Federer, in an interview for sponsor Credit Suisse, says he is still intent on coming back "one more time" and expects to have a better sense in April & May but for now is still limited in what he is able to do physically. Doctors being cautious#wimbledon2021 #getty pic.twitter.com/YVR6wI1uni

The 20-time major champion believes he will be able to answer questions with less ambiguity come spring. The process has undoubtedly been slow for the 40-year-old, who is eager to make a roaring return but is listening to his doctors every step of the way.

“The drive is there, I’m really motivated to do my work and what I’m allowed to do,” Federer continued. “I did it all again this morning and I’m back in the gym tomorrow.

“It’s still good times even though it’s a little bit slow because I would love to do way more, but the doctors and everybody is holding me back a little bit.”

After Nadal took the record-breaking Grand Slam title after a five-month injury absence, the tennis world knows better than to count out the fellow Big 3 member just yet. For now, fans will have to await the next update which according to Federer will come in April.